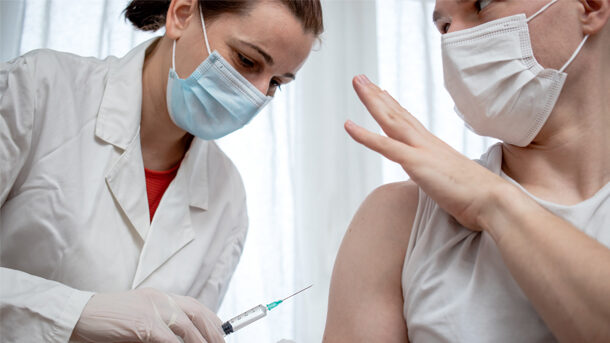 In mid-January, Canadian media reported that Pfizer had suspended shipments of the vaccine to Canada for a week. It soon turned out that deliveries to Italy, Poland and other countries were similarly suspended. It is impossible to find out from the media why the delay occurred.

It suggests the necessity to modernize the production line, retool its manufacturing plant to ramp up production, and some indefinite “production problems” The truth is much more shocking. On January 15, a hacking attack was made on the European Medicines Agency EMA. As a result, confidential correspondence was leaked, which revealed that “there were quality differences between the commercial lots and the lots used in clinical trials” Vaccines in clinical trials had 69-81% of the mRNA intact. Data from mass produced vaccines revealed lower values: 59% mRNA on average. (if these values ​​are below 50%, the vaccine does not work at all). Contamination, shorter-than-expected genetic mRNA sequences and a lack of quality control were also revealed. It was after this scandal that Pfizer suspended the supply of vaccines in preparing a strategy to respond to serious allegations.

COVID vaccines are experimental in nature, developed in a hurry, without the standard, long-term research period. For this reason, the European Medicines Agency EMA only conditionally approved the use of the Pfizer and Moderna vaccines for a year, stating that testing is still ongoing. Interestingly, the agency revealed that the vaccine ingredients used in the research were of better quality than those used in mass production and shipped around the world. People who participated in the vaccine studies will continue to be followed for two years to gather information on the duration of protection.

The vaccinated, without realizing it, take part in a medical experiment.

People from all over the world are subjected to mass immunization, and mainstream media and administrative propaganda campaigns. Everything in line with the controversial and dangerous recommendation of the EMA: “the benefits of using the product outweigh the risks and it can be approved for use”

It is planned to vaccinate all populations of Europe and Canada by the end of the year.

No Comments, Be The First!